Home > About CBN > Board of Directors

Board of the CBN 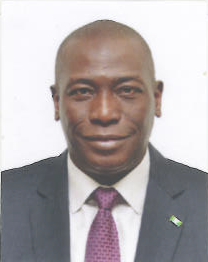 Mr. Adetunji is a member of Global Advisory Council, University of Pittsburgh, Pennsylvania, USA, Young Presidents Organisation, a Non-Executive Director at AIH Properties, South Africa and also has a certification in Private Equity and Venture Capital from Harvard Business School.

Mr. Adetunji is widely travelled and is married with children.